The overall purpose of the project

Based on the competences of the participating institutions and through their cooperation, the project will develop concepts that focus on religion in the collections, documentation processes and dissemination of Danish cultural history in museums.

The project will thus contribute to an increased awareness of the potential of incorporating the religious perspective in this work, thereby enabling the museums to convey contemporary religious diversity and the role of religion in the everyday life of Danes, historically and today through collection, dissemination and dialogue with the museum's audience.

Objectives and research questions of the project

The project will, based on the competences of the participating institutions develop models for how Danish cultural history museums can activate a religion perspective in their work.

The project will contribute to an increased awareness of the potential of cultural history museums in order to convey the role of religion in the everyday life of the Danes, both historically and in relation to contemporary religious diversity. A basis for this work has already been established in an international context and in the initial experiences of a number of museums and university research environments in Denmark.

The main question for the project is:  How can perspectives on religion be integrated and developed as part of the work of cultural history museums?


More on the project

In Europe and Denmark today, the presence of different cultures within the same population is part of the public debate, often focusing on religion and religious identity. Against this background, it is increasingly necessary for society to find contexts for a discussion of the perspective of contemporary religious diversity.

This project will develop concepts for this through the integration of a perspective on religion as part of the museums cultural history practice.
So far, only a few Danish cultural history museums have religion as responsibility, and only a few have chosen to raise topics about religion and religiousity in their dissemination. The background can be found in the fact that religion is seen as a conflictual subject, where the museums may appear unintentionally positional. Also, there is a lack of integration of religious studies as a discipline in the museum work and, consequently, there is a lack of competences about religion in general and the history of religion in Denmark in particular. In addition to this, there is also a lack of knowledge of the museums own collections in relation to the possible religious context of the objects. This is enhanced by a historically-conditioned registrant which does not allow for the registration of religions other than Christianity, thereby making the objects religious context invisible in the everyday work of the museums.

The museums therefore have a need - and a potential – to use the religious perspective in their work and contribute to society's dialogue about religion as part of Danish cultural history.
In this project, this is expressed through an understanding of the cultural history museum as a contact area: a social space where cultures meet, collide and co-exist (Pratt 1991; Clifford 1997).
Recent research in organized cultural meetings will form the basis for the further development of the museums as contact zones for cultural meetings focusing on religion (Christiansen, Galal and Hvenegård Lassen forth. Galal 2015).

Cultural museums, religion and cultural gatherings in the field of research

In order to ensure the professional basis for integrating a religion perspective in the cultural history museums, it is necessary to create a framework for cooperation between the museums and the relevant university environments.

In general, the study of religion in the university context has not been interested in museum practices, although objects that can be categorized as religious are well represented in museums' collections. These objects are often categorized by historical periods, or as ethnographic objects or as art.

This becomes a challenge for the museum when the religious context is activated, but at the same time, recent museum research points to potential in the religious perspective (Reeve 2012; O'Neill, 2005; Paine 2000, 2013). Museum of Europe has developed the concept of “God (s): A User's Guide” (2006) focusing on the diversity of religious expressions in European cities and in the Religion in Museums (Buggeln, Paine and Plate 2017) explores the issue of international researchers, without the contribution of a Danish or Nordic context.

In a Danish context, this discussion has just begun, for example in Laura Maria Schütze PhD thesis A sense of migration. Place, materiality and religion in exhibitions at the Immigrant Museum and the Copenhagen Museum (Schütze 2014). The involvement of contemporary minority religion in cultural heritage management has been addressed in connection with public museums of the Danish Jewish Museum (Laursen 2013). There have also been exhibitions where religion is involved, for example the new Moesgaard.

So far, this has not led to a systematic reconciliation of university environments and museums from the perspectives of religion and culture in a Danish context. Therefore there is a basis and a need for further development in this field in connection with the Danish and international environments in the university and museum context.

The museums which are part of the project, have experience of integrating the religion perspective into their work. These experiences have not yet been brought into play in relation to each other and have not been the subject of cooperation with the university environments included in this project.

The project thus utilizes the special competences and international networks of the collaborative institutions where cross-disciplinary knowledge sharing and exchange of experience create new experiences that can contribute to the work of all cultural-historical museums in relation to religious diversity for the benefit of society. International museum researchers will be involved and contact is established through the partners.

Through workshops, four concepts will be developed and tested. These are designed as formats for use in cultural history museums, based on collaborators' competences in the field of religion and culture in a museum context.

Marselis, R. 2016. “On Not Showing Scalps: Human Remains and Multisited Debate at the National Museum of Denmark” i Museum Anthropology, 39(1), 20–34.

Nightingale, E., and M. Greene. 2010. “Religion and Material Culture at the Victoria & Albert Museum of Art and Design: The Perspectives of Diverse Faith Communities.” Material Religion 6 (2): 218–35

Pearce, S. M. 1995. On Collecting. An Investigation into Collecting in the European Tradition. London: Routledge. 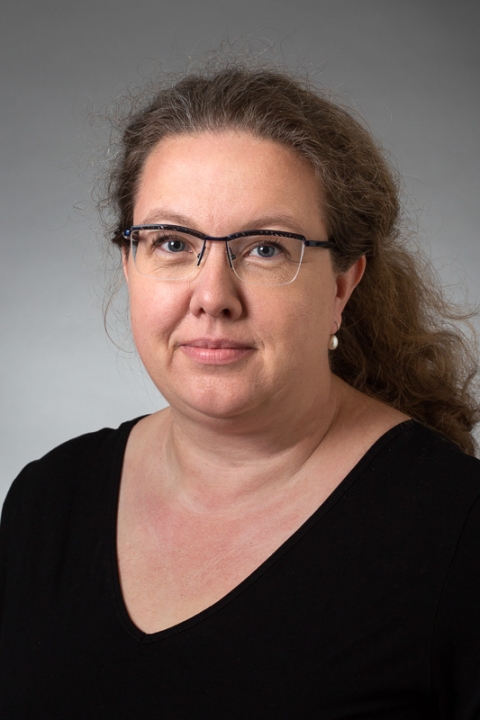